With everything going on in the world right now it’s no wonder people are feeling distressed. As someone who has experienced mental health issues for the past seven years, I’ve grown to be very in-tune with my emotions and dealing with any distressful feelings that come up, so I thought I would put together a post on how to deal with distressing feelings.

How to deal with feeling scared

Being scared and feeling fear is an unpleasant and distressing feeling to experience. When we feel fear, our bodies go into the fight, flight or freeze mode because it’s trying to protect us from a distressing situation. A lot of fear is caused by the unknown ‘When will this be over? Will everything be ok? How am I going to get through this?’ and so forth.

I’m not going to lie, I feel scared pretty much all the time. So I have grown to know fear very well. The only way through fear is to sit with it. I know it sounds completely mad that you would have to endure such an intense feeling but by sitting with it, you’re not fighting it off and not making it come back ten times harder.

Instead, you’re allowing it to be there, you’re getting used to it being there, you’re allowing yourself to find new ways see it as something not to push out, instead you can sit with it, bring in that calm energy naturally and treat it like it’s welcomed. You have to accept it and befriend it almost. It’s only doing its job. It wants to protect you. So be kind to it and let it in. It’s not something to be afraid of.

Don’t try to fight it off or push it away. It will just grow even stronger.

How to deal with feeling depressed

Feeling depressed has always been an on/off feeling for me. Whilst I have diagnosed depression for a lot of my mental health journey anxiety has always been the one ruling the roost should we say. But that doesn’t mean to say my depression hasn’t had many moments where it’s been bad and I’ve felt the lowest of the lows.

It is hard. I find it really hard because for me it’s like everything with anxiety is so high energy, a constant high alert and having to do something to keep up with the feelings. But with depression, everything feels so low and slow. It feels like time is going so slow, you no energy to do anything, you have no positive feelings inside of you, everything just feels dark or numb almost. It’s a horribly distressing feeling.

I’m not surprised that people are feeling depressed during these hard times. Again I always just try to sit with my feelings but also push myself a little. I like to be with how I’m feeling and allow myself the time to be with it because again like fear, the more you push it out, the longer and more intense it will be.

But whilst I like to sit with it and get through it, I do like to push myself a little to boost my mood so I’m not completely consumed by it. This might mean doing something I know I enjoy like reading or watching a new TV series, putting on my favourite lipstick, running myself a nice bubble bath, going on a walk outside in the fresh air, whatever it is that would normally make you happy then please do it.

How to deal with feeling stressed

Whether it’s financial stress, physical health stress, mental stress, work stress, whatever it may be that is causing you to feel stressed, know that this feeling is only temporary and the overwhelming feeling that comes with stress will pass.

With what’s going on in the world right now it is completely normal to be feeling stressed and overwhelmed because we feel completely out of control of the situation. Whilst we can’t control everything (if only!), we can at least try to control the things that are our responsibility.

For example, we can continue to follow the guidelines set out by those in charge and look after ourselves the best way we can, but also ensure we’re looking after others as well and doing all we can to not put ourselves or others at risk.

If you’re worried about work, then make sure you’re keeping up with the latest information about your job, keeping in touch with your employer, see which options you have and how you can get through this.

We can also control how much time we spend consuming the media and how much we go on social media. Something that I’ve found helpful just recently is limiting the amount of time I consume these platforms as well as what particular times of the day trigger me off. Instead of going on Twitter during 4-6 pm (my anxiety trigger time anyway but even more so now with what’s going on), I’ll do something else in that time to stop me from looking on there.

Another good way of dealing with distressing feelings like stress is connecting with people and talking through situations together. It can take the burden off your shoulders and make you feel less alone with what you’re going through. They’ll probably be sharing the same stress as you so you can help each other deal with it.

These are all forms of taking some control of the situation in the best way that we can to protect and look after ourselves.

How to deal with feeling teary

I’m a big old crier. I know some people aren’t. But I’m not afraid to say I am. I literally cry at anything. Whether it’s something happy or sad, a movie or tv show, I’ll probably be the one crying. I have no shame in it and would never feel embarrassed that I get so emotional.

And neither should you.

Crying or expressing sadness isn’t something to be ashamed of. We all have to release our tension and built-up distressing feelings somehow and for many of us, it’s in the form of tears. Just let it go. Let yourself be with those feelings and get it out because it needs to come out, it needs to be released and not stuck inside, increasing and overwhelming you.

Do it in the comfort of your own space if you need to and would feel more at ease this way. But get it out. You’re not silly for doing so. You’ll feel a little lighter afterwards.

How to deal with feeling frustrated

First off it’s ok to feel angry and annoyed.

I know a lot of people think that we shouldn’t be feeling angry or frustrated by the current situation because it looks like we’re being ungrateful or that there is someone worse off. But it’s actually ok to feel however you need to feel in this situation.

Sure there will always probably be someone worse off than you are but it doesn’t take away how you feel and that your feelings matter as well. It’s ok to be annoyed. It’s ok to feel angry.

Allow yourself to feel this way. But never act on your anger. Just allow it to pass through you. Feel it. Cry. Scream. Let it out however you need to. But don’t act on it. Don’t go do something stupid based on this temporary distressing frustration because these distressing feelings will pass.

So sit with it. Let it out.

How to deal with feeling hopeless

I always feel like a secondary feeling of any of the above comes the feeling of hopelessness. It’s when you’ve felt so anxious, sad or worried for so long and there feels like there won’t be any let-up or that a situation won’t get any better, it’s that feeling of ‘When will this end? What if it never does?’

Feeling hopeless is a horrible distressing feeling. It’s like someone has completely taken away all that positive and optimistic energy out of you and replaced it with no hope or belief. As more time goes on or as things get worse, it’s no wonder you start to feel hopeless.

An important to remember is that being hopeless is not the same as being factual. Hopelessness changes your expectations which again are based on beliefs that aren’t exactly true. A good way out of getting out of this is to doubt the hopeless thoughts you have. Believe that they can’t be true and that you could be wrong.

Now you have a belief that you might be wrong, begin to act against your hopelessness. Be optimistic instead. Reverse your thinking. Do the things you don’t want to do instead. Prove your hopelessness wrong by acting as if things are already better. It won’t be easy but it will be worth it.

Click here for support and resources regarding mental health.

How do you deal with distressing feelings?

4 thoughts on “How To Deal With Distressing Feelings” 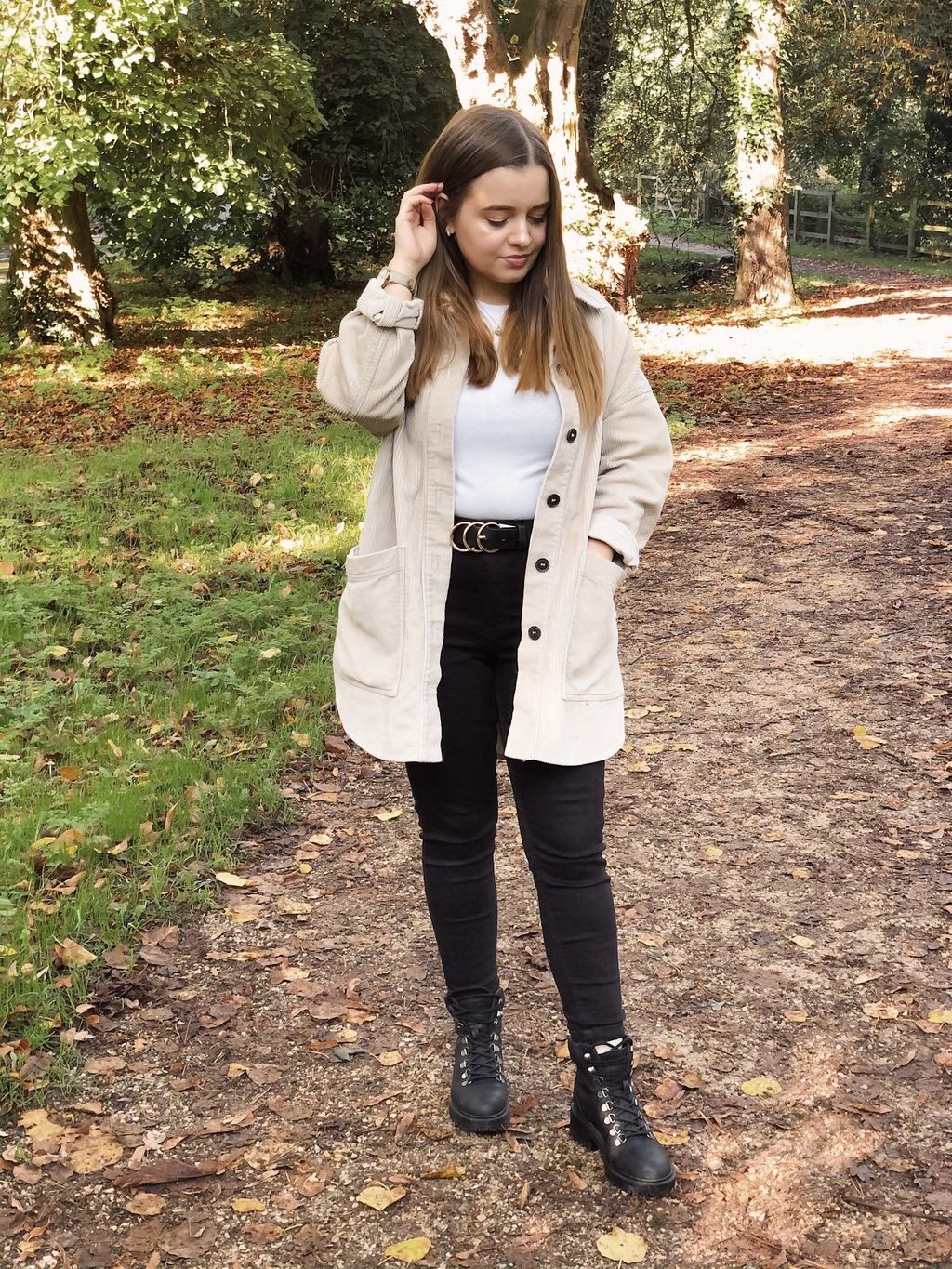